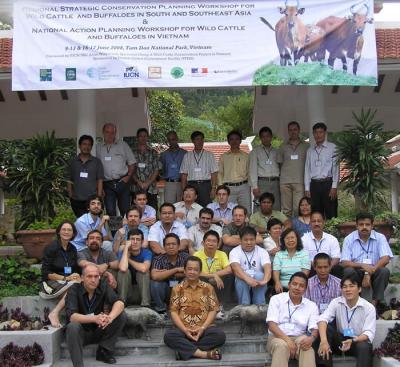 A Regional Strategic Conservation Planning Workshop for Wild Cattle and Buffaloes in Southeast Asia was held in Tam Dao National Park in Vietnam between the 9th-13th June, 2008. Forty delegates attended, including government and NGO representatives from Cambodia, Indonesia, Lao PDR, Malaysia, Myanmar, the Philippines, Thailand, and Vietnam, as well as species specialists from China, India, France, USA, UK, and France. The Workshop was organised by the IUCN SSC Asian Wild Cattle Specialist Group and the Wild Cattle Conservation Project in Vietnam (CIRAD, National Institute of Animal Husbandry, and Cat Tien National Park) and was sponsored by the French Global Environment Facility (FFEM), Earthwatch Institute and the Wildlife Conservation Society.

The workshop had two principle objectives:
The intention was that the conservation strategy that resulted from the Vietnam workshop could be used as a template, with fairly minor modifications, to develop national action plans for all the species' range states in South-east Asia.

Amongst the actions agreed for the Regional Conservation Strategy were; to strengthen enforcement of legislation on wildlife hunting and trade, to improve the effectiveness of protected areas and to manage interactions with domestic livestock that could lead to disease transmission and inter-breeding.

All nine species of Asian wild cattle and buffaloes are threatened with extinction. The worst affected is the kouprey, a large forest-dwelling ox. Last seen in Cambodia in 1983, it may now be extinct in the wild.

Poaching and habitat destruction and degradation are amongst the major threats facing these species. Recent field research shows there is a real danger that Asia's eight other wild cattle and buffalo species are likely to suffer the same fate as the kouprey unless immediate action is taken.
The main output from this meeting was the IUCN Regional Conservation Strategy for Wild Cattle and Buffaloes in South-east Asia, 2011-2020. 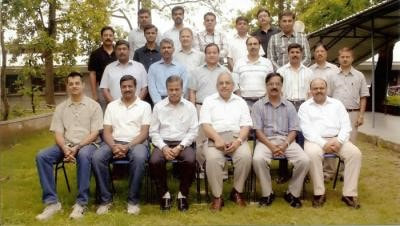 A two-day meeting to ascertain the status of gaur and wild water buffalo in South Asia was held at the Wildlife Institute of India, Dehradun, on June 28th-29th 2011. 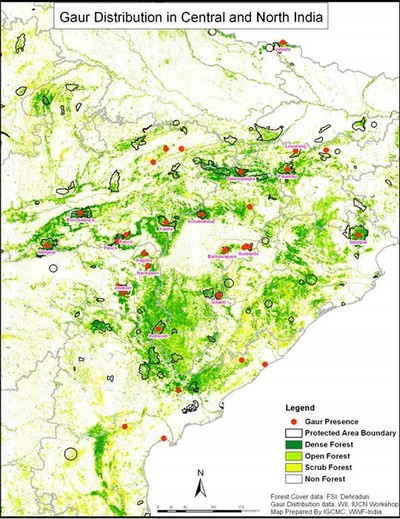 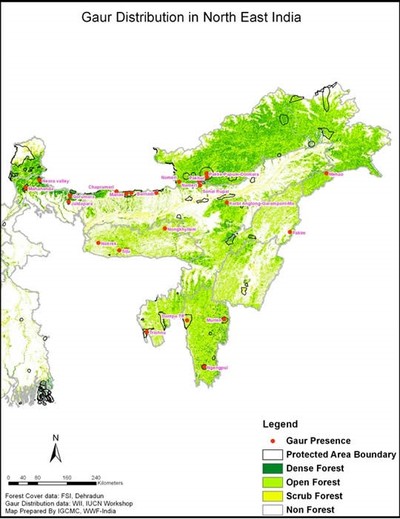 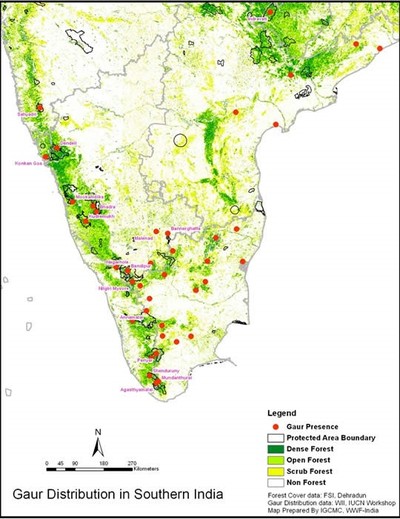